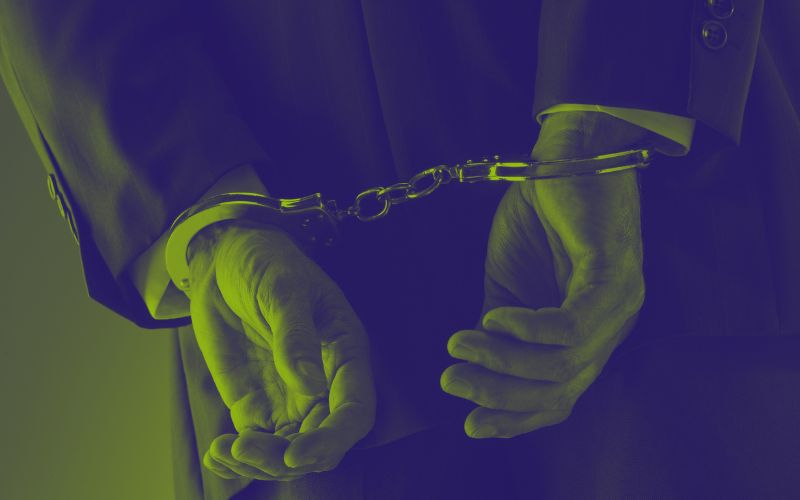 White-collar crime refers to nonviolent crimes, usually characterized by deceit or concealment in order to avoid or avoid losing money or to gain a personal or business advantage. This could include embezzlement, corporate and securities fraud, or money laundering.

Several crimes may be categorized as white-collar. The term was coined in the 1940s by sociologist Edwin Sutherland, who defined white-collar crime as criminal activities committed by a person of high social status during their occupation. The term goes back to the time when workers who occupied roles in plants, mills or factories wore blue shirts (and were known as blue-collar workers) as opposed to white-collar workers who held non-laboring office positions and wore white dress shirts. White-collar crimes include:

White-collars may use bribes to achieve business goals, often resulting in reputational losses and penalties for companies. Kellogg Brown & Root, Inc. (now KB&R) was fined in 2008 for paying millions of dollars to secure a natural gas plant construction contract to Nigerian officials. They were fined $402 million and received an additional $177 million fine payable to the SEC. The company’s CEO was sentenced to prison.

Money laundering involves “cleaning” money from illegal activities by separating illicit funds from their origins. Money is obtained through fraud, drug trafficking and corruption and cleaned by purchasing precious metals, real estate or virtual currencies, among other means. Money laundering not only has consequences for the criminals and money mules who launder money. It also impacts financial institutions that do not take adequate due diligence measures to prevent money laundering from happening through their organization.

Fraud is a broad criminal term describing deliberate acts with the intention of obtaining unauthorized benefits for oneself or an institution through deception, false suggestions or other unethical means. This can include embezzlement, forgery, fraudulent financial reporting, misappropriation of resources, and other ethics violations.

Insider trading occurs when a publicly-traded company’s stock is bought or sold by an insider or someone possessing material information about the stock that has not been disclosed to the public. A person must have either access to information or stock ownership equaling more than 10% of the company’s equity in order to be considered an insider. Examples may include company executives who traded corporate stock after learning about non-publicly disclosed information or friends or family who was tipped off to such information by company employees. Business owner and influencer Martha Stewart was imprisoned for insider trading in 2004 when her broker provided her with a tip that a research company she had invested in was likely going to experience a drop in stock value after the FDA decided to approve a cancer drug the company had been working on. The CEO of the drug company was fined $4.3 million and sentenced to seven years in prison for sharing information with friends and family in order to prevent losses from plummeting stocks.

Embezzlement takes place when a person intentionally uses funds for a purpose other than it was originally intended for. The embezzler may create bills and receipts for activities that did not occur or resources that were not purchased and then use the money for personal expenses. Ponzi schemes are also seen as embezzlement, as is keeping company cash. One of the biggest embezzlement schemes to date was the Enron scandal in October of 20211. Enron’s leaders were tied to the White House, which exacerbated the fallout. The company was found guilty of misrepresenting earnings, while several executives were guilty of embezzling retirement funds. The company went bankrupt, costing shareholders $74 billion, and its CEO was sentenced to serve 24 years in federal prison.

Corporate espionage or industrial espionage is the practice of using espionage techniques for commercial or financial purposes. This may include trespassing onto a competitor’s property, hacking their files, posing as an employee to glean trade secrets, or using malware attacks against their website. Corporate espionage could also refer to disgruntled employees who share information about their employer with a competitor, as was the case with Steven L Davis, a process controls engineer for Wright Industries, a subcontractor for Gillette. After being demoted, Davis sold trade secrets about the company’s Mach 3 project to competitors. Some of the competitors reported Davis to the FBI, and he was sentenced to two years in prison.

How Financial Institutions Can Detect and Address White-Collar Crime

Banks and financial services companies have faced increasing pressure from regulators about their role in (advertently or inadvertently) facilitating white-collar crime, including money laundering and fraud. Western Union is facing a $586 million settlement for aiding criminals in money laundering by not maintaining an effective anti-money laundering program. An entrepreneur from Greece has also filed a suit against the Royal Bank of Canada (RBC), asserting that he lost his business due to fraud, principally because his bank encouraged him to trust a fraudster who had applied for a loan with the bank. Lloyds Banking Group also compensated small business customers to the tune of £245 million for their role in a high-profile fraud case involving HBOS Reading.

White-collar crimes can be detected through rigorous internal monitoring, audits, and reporting systems. Financial companies should also develop defense mechanisms protecting their business against employees who abuse their positions to move up in their careers or for financial gain. One of the most effective preventative measures would be to apply due diligence checks against candidates before they are hired to ensure that there are no red flag indicators that the employee may become involved in white-collar crime, e.g. being in a dire financial situation or a past history of financial crime.

Risk assessments developed as part of an effective compliance program should be central to the organization’s defense against white-collar crime. sanctions.io helps you with your internal Sanctions & AML compliance screening process.