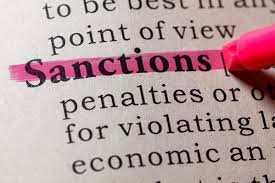 As the US, UK and EU continue to impose severe sanctions on Russia following the invasion of Ukraine, there has been a renewed focus on the impact of economic sanctions and their implications on cross-border businesses.

Economic sanctions are essentially penalties levied against a country, its officials or private citizens. This is usually done as part of an effort to disincentive targeted policies and actions (such as human rights violations or continued attacks against another nation without provocation, as is the case with Russia).

Economic sanctions can include travel bans, export restrictions, trade embargoes or even the seizure of assets. These sanctions can be extremely costly, especially against the backdrop of increasingly globalized trade. The US and the EU generally carry the greatest sanctioning power due to their size and economic wealth.

When Are Sanctions Applied?

Economic sanctions are usually applied unilaterally or multilaterally by national governments or international organizations, like the United Nations or European Union. They are designed to compel, discourage, or penalize businesses and governments to behave or stop behaving in a certain undesirable manner per foreign policy objectives. Sanctions objectives can include counter-terrorism and -narcotics, conflict resolution, cybersecurity, the promotion of human rights and democracy and more.

As was the case with Russia, policymakers may leverage sanctions when military intervention and diplomatic measures are not possible. At times, sanctions are a precursor to more severe actions, such as armed action.

There has been a greater focus on more targeted sanctions in the last twenty years in order to reduce the suffering of innocent populations.

Different sanctions may be applied, depending on the circumstances or severity of the situation. These can include:

There are have been several strict economic sanctions imposed by international entities and governments, including:

The Implication of Economic Sanctions on Businesses and Financial Institutions

Sanctions targets are set out in official government lists that are regularly updated. As sanctions are backed by civil and criminal penalties, businesses must carefully screen new and existing customers (including businesses with complex ownership structures) to minimize their sanctions risk exposure. Firms must ensure that the lists they use for sanctions screening are regularly updated with the latest designations.

While sanctions screening may seem relatively simple, it involves the analysis of vast quantities of data, including listed individuals, their businesses, their known aliases and geographic location. Sanctioned individuals hide behind complicated business structures, the submission of paperwork written using a non-Roman alphabet, or family members evade sanction checks. As such, manual referencing is simply no longer effective, and most organizations make use of professional sanctions screening platforms in order to keep lists and screening accurate and relevant.

Sanctions lists change regularly, which may change customers’ risk profiles, which is why screening technology should be regularly reviewed to ensure that all relevant data is being captured and that relevant alerts are issued.

Sanctions screening should always take place as part of companies’ onboarding customer due diligence processes, but they should also consider their own supply chains as third-party business relationships may carry sanctions risks that were not detected or captured during onboarding. Know Your Business procedures will capture supply chain risks in an accurate manner.

If a sanctioned individual or business is detected, it must be reported by the firm to the relevant authority immediately.

Sanctions are only effective if all businesses and institutions adhere to them, which is why sanctions evasion or non-compliance carry heavy fines and even criminal penalties. All businesses must ensure that their sanctions screening process is accurate and up-to-date at all times to avoid the reputational fall-out and economic impact of non-compliance. This does not have to be a time-consuming or manual process. Automated sanctions screening software can perform the necessary checks and updates in an accurate manner, eliminating false alerts and reducing the time compliance officers spend on verification and checks. If you would like to know more, get in touch with our sanctions.io Customer Success Team.