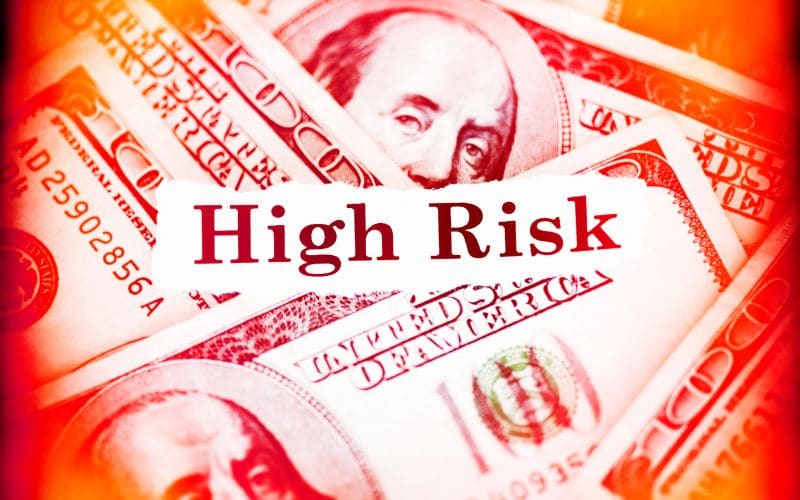 The Financial Action Task Force, or FATF, publishes a list of high-risk jurisdictions to enhance anti-money laundering policies and procedures. All regulated businesses should be familiar with these jurisdictions, as working with them can affect your AML screening process. Failure to comply can lead to strict sanctions, so keep reading to learn more about what this means for your business.

What is a High-Risk Jurisdiction?

Before we review the list of jurisdictions that the FATF has labeled as "high-risk", let’s first define what it means to be a high-risk jurisdiction.

The Financial Action Task Force, or FATF, is a global organization that develops policies and regulations to combat money laundering. They are also tasked with addressing terrorism financing.

This task force examines jurisdictions based on their AML deficiencies and risks, or other specific threats that they pose to global financial systems. They work with regional regulatory bodies to analyze current AML standards, procedures, and sanctions and determine whether they are appropriate.

If they are not, the FATF will put together an action plan to address deficiencies and ensure that they are meeting all global standards. Failure to comply will cause the country to be placed on the high-risk jurisdiction list, also known as the "Black List".

Many of these countries do not have adequate measures to prevent or detect terrorist financing or money laundering. They may experience high levels of government corruption or other political issues that make working with them a serious threat to your financial system.

Regulated businesses are obligated to understand the risk of doing business with a country on this list and must implement appropriate due diligence and countermeasures if they choose to transact with them.

In other words, the FATF publishes its list of high-risk jurisdictions so that countries around the world can develop effective AML procedures and regulations.

Current Jurisdictions in this Category

So, what countries are considered to be high-risk jurisdictions?

The FATF issues two statements several times a year to address this question. They will release the information each February, June, and October so that businesses have time to revise their AML screening processes accordingly.

Over the years, the FATF has reviewed more than 100 countries and jurisdictions. 80 countries have been identified as needing reform regarding their AML regulations. Of these 80 countries, though, 60 have already completed the necessary improvements to be removed from the watch list.

Each statement addresses the risk faced by each jurisdiction, including any flaws they must resolve to be removed from the list. The Financial Action Task Force public documents are titled as follows: High-Risk Jurisdictions Subject to a Call for Action and Jurisdictions Under Increased Monitoring.

High-Risk Jurisdictions Subject to a Call for Action ("Black List")

When you think of black-list countries in terms of anti-money laundering and counter-terrorism financing, you are likely thinking of high-risk jurisdictions. This category was previously called Public Statement, and it identifies all countries with serious, strategic deficiencies in their AML rules and regulations.

If you are in a regulated business - and interact with a high-risk jurisdiction - the FATF requires you to apply additional due diligence measures to safeguard your firm against money laundering. In some cases, you must even take countermeasures to protect your financial system from these threats.

There are two countries in this category as of October 2022:

You may be wondering, what does it take for a country to end up on the blacklist? In the case of the DPRK, the FATF has serious concerns about its lack of effort in combating terrorist financing and money laundering. They also have concerns about the proliferation of weapons of mass destruction and other illicit activities.

They reaffirmed their stance in their last public statement release, urging all other jurisdictions to pay special attention to any business relationships and transactions with DPRK. Similarly, regulated businesses must impose countermeasures to enhance scrutiny and due diligence, including targeted financial sanctions.

In October 2022, the FATF added Myanmar to this sub-category of their list of "High-Risk Jurisdictions" with the following statement:

"In February 2020, Myanmar committed to address its strategic deficiencies. Myanmar’s action plan expired in September 2021. In June 2022, the FATF strongly urged Myanmar to swiftly complete its action plan by October 2022 or the FATF would call on its members and urge all jurisdictions to apply enhanced due diligence to business relations and transactions with Myanmar. Given the continued lack of progress and the majority of its action items still not addressed after a year beyond the action plan deadline, the FATF decided that further action was necessary in line with its procedures and FATF calls on its members and other jurisdictions to apply enhanced due diligence measures proportionate to the risk arising from Myanmar. When applying enhanced due diligence measures, countries should ensure that flows of funds for humanitarian assistance, legitimate NPO activity and remittances are not disrupted. "

While some countries may not have as high of a risk as the ones described above, many still require increased monitoring due to strategic deficiencies in their AML legislation. When a country goes on this list, it means they have committed to working with the FATF to address issues and is subject to additional scrutiny.

‍‍Democratic Republic of the Congo

Can a Jurisdiction Be Removed from the High-Risk List?

Just because a specific jurisdiction is listed as high-risk or under monitoring by the FATF does not mean that it will be in that category forever. On the contrary, the goal of the Financial Action Task Force is to work closely with these countries to identify deficiencies so that they can correct and improve their financial systems.

The jurisdiction will be reassessed if it can meet the requirements of the action plan set forth by the FATF. Once they are deemed to have implemented all administrative, legal, and organizational changes, the FATF will agree to exclude them from the list the next time it is received.

As always, the relevant authorities will continue to monitor the country's AML efforts and ensure that they are operating within all required guidelines. There will be a routine follow-up phase too. This follow-up will ensure that the jurisdiction's anti-money laundering efforts are effective and comprehensive.

The Sanctions & Crime Data API for your AML Screening Process

sanctions.io is a comprehensive Anti-Money Laundering solution with a simple to integrate API which companies can use to continuously screen their clients and business partners against the most important Sanctions & Crime Lists.